A dear client recently mentioned to me that one of the worst things about being single and aging is the absence of touch.

Approximately a decade ago I picked up a random book at the Florida School of Massage, it’s title was simple enough: “Touching” and I was struck by how large the book was for such a simple topic.  As I dove into it I was completely blown away; it became one of those books that I recommended and referenced many times and that defined a moment in my life.
I recall the author, Ashley Montagu, mentioning research showing that infant mammals deprived of touch (but still fed) quickly died.  I recall him describing how gestures we often consider to be affection (such as a mother dog licking her pups) do so much more such as engage the digestive system and stimulate vital neural responses.  Touch influences our physical development, our emotional development, our cognitive development… it helps us both know ourselves and know our surroundings.  Oh, and what is largest human organ?  Our skin.

As infants we are, hopefully, touched all the time.  We are tickled, carried around, cleaned, snuggled, massaged, rolled around, thrown up in the air, hung upside down by our feet, raspberried, and many more forms of touch.  There is numerous research on the positive effects of touch on newborns and on the negative effects of the deprivation of touch; and even though I think that information still needs to be emphasized I actually want to point to the later stages of life.
You, as a single adult, how many times were you touched today?  What was the context and content of that touch?  How much of it was for a positive reason and had positive effects?
And you, the adult in a relationship, how many times were you touched today?  Touched by your partner of 5, 15, 40yrs?  Touched by your kids?  Touched by a friend?  And in what way did it affect you?
When was the last time you were touched in a way that moved you deeply?

I am not writing an article here, just wanting to invite your thoughts and to share mine.  I’ve grown to understand that there are several things in life for which we cannot correctly use our reasoning mind; for those things we need to use other ways of seeing.  The Franciscan priest Richard Rohr says there are 6 things which we cannot have “any honest notion of” by using our reasoning minds, those are: 1- Love, 2-Death, 3- Suffering, 4- the Infinity or Eternity, 5- God, 6- Sexuality.
We need to use reasoning to figure out the total costs involved on a trip to the grocery store, we need to use reasoning to drive our bicycle or car, we use reason even to read a book or watch a movie (though at times we can find ourselves emotional at a particularly good moment in those).  But then we end up defaulting to reason when we do other things such as non-business communication, or when we look at Nature, or think of God, or have sex, when we ask ourselves if we love someone, and when we try to empathize with someone, in those occasions we cannot accurately understand the situation by using our reasoning brain and we really should be using our hearts.
Our reasoning mind tells us that we can easily survive without touching each other, we do it all the time, yet I believe that when observed with our hearts it is an evident truth that we are lacking in touch. 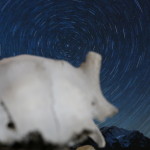 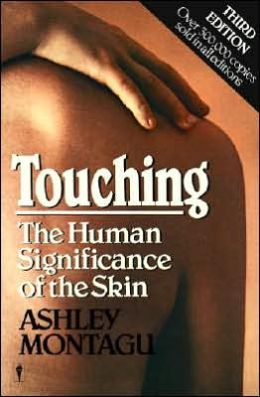 The 50 books in a year still goes strong but I have noticed that it slowed down this week and a half because the family got sick and I’ve been having less reading time.

Also, this book is fatter!

Touching: The Human Significance of the Skin

It has been remarked that in the final analysis every tragedy is a failure of communication.  And what the child receiving inadequate cutaneous stimulation suffers from is a failure of integrative development as a human being, a failure in the communication of the experience of love.  By being stroked, and caressed, and carried, and cuddled, comforted, and cooed to, by being loved, the child learns to stroke and caress and cuddle, comfort and coo, and to love others.  In this sense love is sexual in the healthiest sense of that word.  It implies involvement, concern, responsibility, tenderness, and awareness of the needs, sensibilities, and vulnerabilities of the other.  All this is communicated to the infant through the skin in the early months of his life, and gradually reinforced by feeding, sound, and visual cues as the infant develops.
– Ashley Montagu

I was introduced to the book back in 2007 when attending the Florida School of Massage.  As someone who works with infants at their homes I see a large range of cosmologies or world-views which reflect on how the parents treat their babies.  Some parents prefer to be disciplinarians in an attempt to teach their child to value respect for elders, following orders, doing things “right”; some parents sleep with their babies at night, some parents use cribs in separate rooms and wrap the babies in those one-piece clothes that prevent them from moving in the crib as it is their view that this will be beneficial for the baby.  I see a large gamut of attitudes and all are based upon what we know.  This book sheds some light on what it is that we do know and may help parents and societies reshape their view of being human. 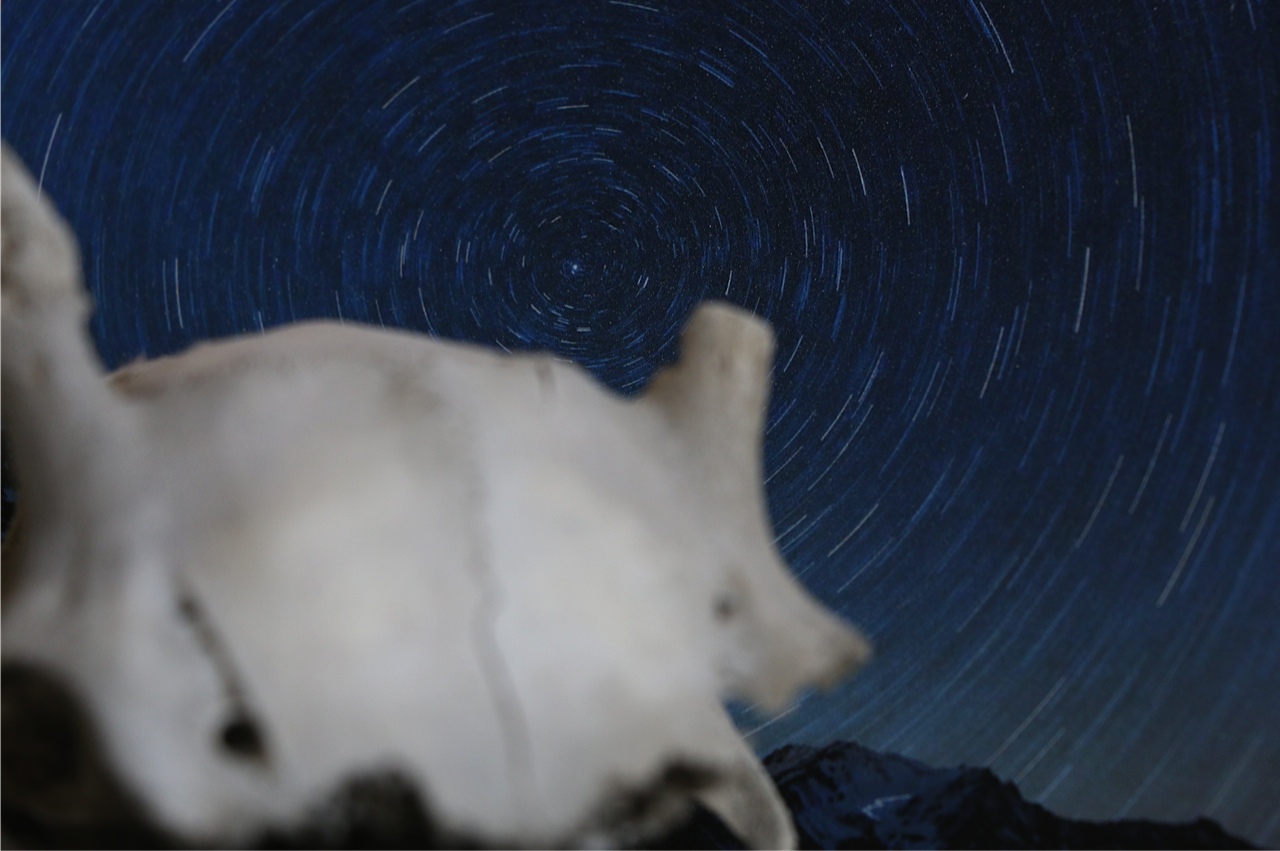 This project was an honoring of the present; an acknowledging of that which is happening and overlooked in our rush to do things; a fearless looking at the voice and the messages that are already here, right now.

This project was born from a need for reduction. In everything that I study I like to reduce it to the most basic elements and to start from there; and restart from there. I am both a astrophysicist and a craniosacral therapist and it is with both the analytic and poetic mindsets that this work is done.